The children of Heswall Primary School, who were aged 5-11 when they undertook their project, working with others from the five schools in their federation to create ‘Extinction Is Forever’, a video which was shown on a giant screen as part of ‘Wirral Science Under The Stars’, an event hosted and organised by Heswall Primary School, which this year attracted over 1,000 visitors.  Their film highlights the problems faced by endangered species across the planet.

YPTE Director, Peter Littlewood, said: “We love to see schools involve the wider community with their entries for the Better Energy School Awards.  But the way in which Heswall Primary School has spread its environmental message across Wirral with Science Under The Stars takes things to the next level.  We were so impressed by the children’s commitment and by the energy and creativity they showed when discussing species facing the threat of extinction.” 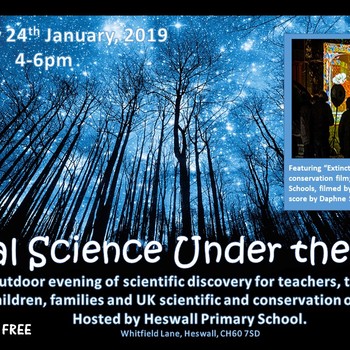