Close Encounters of the Plastic Kind

The children at Meare Primary School began looking in depth at environmental issues in the Spring Term of 2018. During the first day of Science Week, strange things started to happen in the school. The head teacher received a letter from the local air base informing her that ball lightning had been sighted over the village the previous night. The photocopier and printers around the school then began printing strange binary code all by themselves. The children managed to convert to code into text, which turned out to be the set of co-ordinates of a 'probe impact', co-incidentally in a field next the school. The children were amazed to find an alien probe containing a crystal and a page of strange alien writing. The children managed to translate this writing using letter frequency analysis, and were amazed to discover that it was from an alien species (The Altraxians), who had written to humanity urging them to sort out the problem of plastic in the oceans. The children then spent the week exploring the issues of plastic in the oceans and looking at possible solutions. Author and environmental scientist Sarah Roberts visited the school and shared her book 'Somebody Swallowed Stanley'. She also shared some amazing stories about her environmental work.
The children were so enthused about the subject that they asked the Headteacher if the School KS2 Summer Production could be based around the issue plastic in the oceans.  Meare Primary has a proud tradition of writing original summer productions and the teachers duly obliged, writing 'Close Encounters of the Plastic Kind'. The production combined live drama and songs, computer animation and professionally produced short films and was a great success. The production was then made into a DVD and sold to parents. 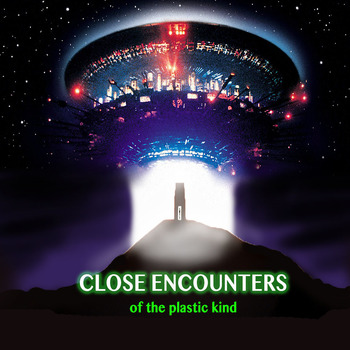